These proposed templates were for a website I designed. SBXCOM was a RPG game, based on the game series X-COM (which I do not own), played on the forum Spacebattles.com for quite a while before uni commitments forced me to stop playing.

When designing the website, I was aiming for a very 90's sci-fi military-esqe aesthetic seen in movies like Escape from New York, with wire-frames, green on black CRT colours and angular text. The picture of Adam Jenson from Deus Ex: Human Revolution was not the final picture, but rather a placeholder to save time until I could make an original design. 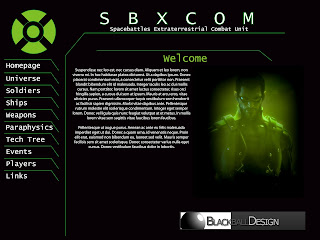 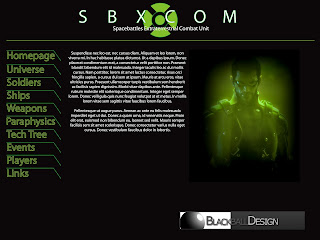 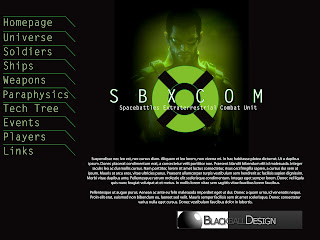 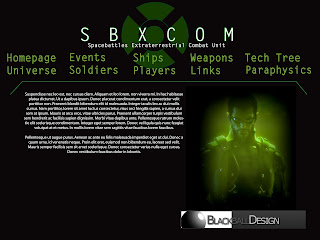 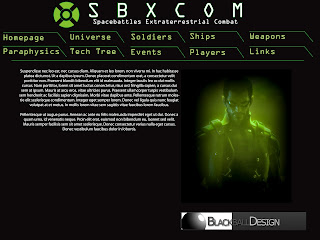